With 2014 slated as a municipal election year in Thunder Bay, a group of northern leaders came together to promote women in politics. Women in Politics, a group that encourages participation and voice for women at all levels of government, will host its first forum tomorrow. The Women in Politics Forum aims to foster the political talent and public leadership goals of northern women. The event featured keynote speaker Lyn McLeod, who served in elected political office both locally and provincially for 33 years. McLeod was the first woman elected as leader of the Ontario Liberal Party in 1992. Says McLeod; "Women are providing outstanding leadership as Premiers across this country. We need to see more of that leadership by women on municipal councils, in legislatures and in parliament" 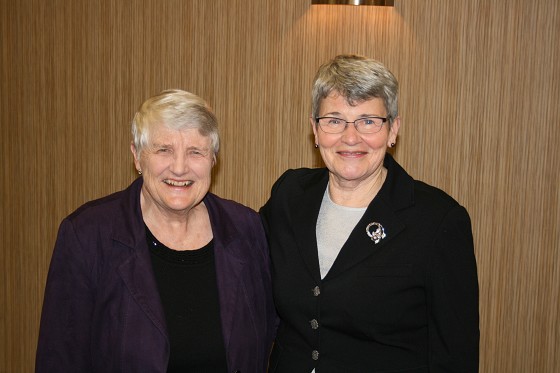 Lyn McLeod was MPP in Thunder Bay for 16 years and became a Minister in the Peterson government days first as Colleges and Universities and then Natural Resources and Ministry of Energy for  three years in total. “  I won the leadership that year of the Liberal Party in Ontario and led them into the general election in 1993 but lost to Mike Harris. I enjoyed my time in politics.  It is a constant challenge and always interesting. There is always something that is worthwhile doing. Sometimes you feel you are having some success and other times are frustrating but you never  lose the fact it is worthwhile. It is about serving people  and as long as you are doing that you can find lots of opportunities that are rewarding in politics.” “ The first step for many women is to choose to run because once you make that decision you have a pretty good chance of getting elected, because voters vote for women equally as for men. There are lots of ups and downs in politics as you are putting yourself on the line and sometimes you take  defeats or set backs in a personal way which is a reality of political life. If you can get past this it will be alright. It can be hard on families. There are times for celebration and discouragement but the family is just a step away.”

“ I think the day went well with lots of enthusiasm.”