January 26, 2015 – The proposed 2015 Municipal Budget documents were released today as a starting point for City Council’s review. The proposed 2015 Budget incorporates a 5.68 per cent municipal tax levy increase for existing taxpayers due to several major factors impacting the Budget. Decision package options have also been provided to reduce the tax levy increase to 3.99 per cent. 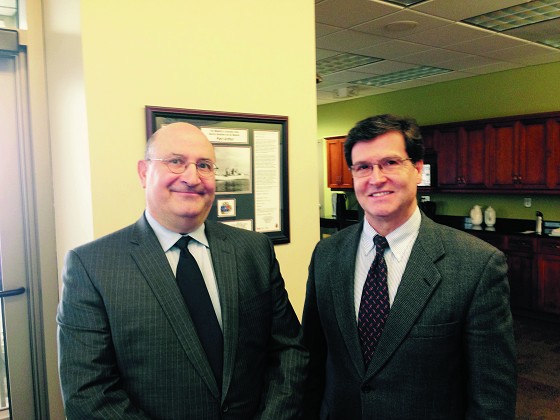 “This is a year of stabilization for the City Operating Budget,” said Commisso. “The City had anticipated $2.1 million of growth related to new property tax revenue however; recent industrial assessment decisions have negatively affected 2015 Budget revenues along with a $1.5 million reduction in Provincial OMPF funds. Unfortunately we can’t control these revenue sources and we have to deal with the impact of winter weather, legal and insurance fees on our Budget. We are required to table a balanced Budget and our priority areas continue to focus on maintaining essential City services, infrastructure renewal and being a partner in addressing community development and growing social issues. Although the 2015 Budget definitely presents a greater fiscal challenge than in recent years, there is reason to be optimistic as our future assessment growth projections remain strong, particularly in 2016.”

The Budget package to City Council will include two reports: • R11/2015 – Proposed 2015 Operating and Capital Budget • R9/2015 – Supplementary Report to 2015 Budget – Proposed Decision Package Options  Recommendations Recognizing the 2015 proposed municipal tax levy increase for exiting taxpayers is higher than the average annual increase of 2.14 per cent in the previous term of Council; the City Manager is again presenting Budget Decision Packages similar to 2014, for consideration by Council as options to reduce the proposed tax levy increase. A total of four Decision Packages, including two recommendations, are being presented should Council wish to reduce the proposed levy. The City Manager’s recommended packages represent a net budget reduction of $2.8 million, bringing the proposed 2015 municipal tax levy increase to around 3.99 per cent for existing taxpayers. The City Manager is also recommending that as part of the 2015 Tax Policy Report in May, options be presented for mitigating the shift in taxes on to the residential class.

Unlike recent years where significant incremental funding for infrastructure renewal has been included in the Budget, the 2015 Budget is primarily focused on stabilization of the Operating Budget with minimum increase in tax supported capital funding. The 2015 Budget also provides for new collective agreements with a number of employee groups including Police and Fire Rescue.

Major Factors impacting the proposed 2015 Municipal Budget include: • Operating Budget Stabilization Measures including winter control,
legal fees, building permits etc. - $1.8 million • Ontario Municipal Partnership Funding Reduction - $1.5 million • TBDSSAB Increase - $0.3 million • Debenture Payment (Capital Projects) Increase - $0.7 million • Insurance Premium Increase - $0.3 million • In addition to the above, Reduction in “real” assessment growth related to 2015 revenues due to uncontrollable industrial assessment decisions - $1.0 million (Note: While this factor does not impact the total levy increase, it does impact the apportionment between existing taxpayers and new property taxes from “real” growth.
City Council’s 2015 detailed Budget review of both the tax- and
rate-supported operations begins on Feb.4, and ratification is scheduled to take place on March 2. The proposed 2015 Capital and Operating Budgets are now available online at www.thunderbay.ca/budget and at the Waverley and Brodie Library branches.

Tim Commisso, City Manager
“ This budget is a starting point for council at a 5.68% increase for existing taxpayers. We have given council decision options for their consideration to get it down to about 4%. We have good success in recent  years putting more money into capital renewal in the range of
$12 million but we don’t have the ability to do it this year based on our revenues. We have had assessment  side new revenue being down, based on  decisions beyond our control. There has been a reduction in our Ontario Municipal Fund payments. The biggest factor has been  tough winters which drained our reserve fund. Insurance went up 26% due to claims and external legal fees are up. These factors together make it fall back on the tax base.” “  We believe we are operating very lean as a city and a lot of funds go to emergency services, roads, parks, and boards. The budget proposes maintain service levels. We can look further if council want us to.”   “ There are 12 major properties that will come on the tax roll this year like the courthouse and waterfront condos. We are  also seeing some benefits in fuel costs.”    “ On the tax  supported side we will spend over $ 50 million on capital.   Years ago we were spending $30 million. We will see some large projects and people will see things happening like Valley Street.”     “ I know that other communities in the north like North Bay has  a 5.8% increase  and Sudbury 5.0 % increase.

Keith Hobbs, Mayor
“ We are not  finished with the budget yet, this is a starting point with the budget from the City Manager and Finance. This year is a challenging budget and I want to challenge council to get it down to 3.5%. We do have some growth coming on. This is a stabilization year and we have to get our operating budgets in line. I am hoping police and fire will have reasonable increases. We need to  sharpen our pencil and get the budget down.”    “ The event centre project in my mind is a go. That is an economic driver for our city. If we build  the event centre we are counting on more restaurants and business to come downtown, that grows the tax base. We are going to know by the end of March if we are building the event centre. I’m optimistic. I want  to see this city grow and I think the election was about the events centre, I really do and I won that
election on the events centre issue.”

Frank Pullia, Councillor - Chair of Finance
“ This type of increase  is going to be a challenge for taxpayers, I am mindful of that. Administration has done a lot of work and we have options to move it down. I am suggesting  after we go through this budget process in March we concentrate on a strategic plan going
forward  to plan for next year in advance. If we can go to 3.5% it would be good. You have to  control your costs and grow your revenue.”

“  A  0% increase is unreasonable because the city is here to provide services and the residents want certain services. We do have room for improvement and we will  review the budget line by line. You need to allow for inflation. We need to plan for the future and do better.”

• Overall, the proposed 2015 municipal tax levy of $174.8 million represents an increase of $10.4 million over 2014. The levy is the total amount that needs to be raised from property tax payers to fund city services and contribute to capital infrastructure programs. A further breakdown of the tax levy increase is provided below. As indicated in the breakdown, existing taxpayers will be asked to fund an increase in the 2015 net tax levy of $9.3 million or 5.68 percent.

The City Manager has provided a supplementary report to Council which outlines four decision package options, including two packages with net budget reductions to reduce the proposed 2015 municipal tax levy increase to under 4.00% • The growth in the City’s assessment base during 2014 resulting from investment in the community through new construction and expansions provides a tax generating power of $1.1 million. This means that $1.1 million of the municipal tax levy increase will not create any additional financial burden for existing taxpayers. Had it not been for the Province’s decision to reclassify the grain elevators from the large industrial property class to the commercial property class and assessment reductions to large industrial special purpose properties, the tax generating power of new growth would have been $2.0 million and would have benefited existing taxpayers by reducing the net increase to the municipal tax levy by 1.23%. • The net growth in total property assessment (i.e. the “tax base”) during 2014 was $87.6 million representing an increase in the City’s assessment base of 1.09%. With record high building construction levels in recent years, 2014 achieved the second highest assessment growth
Thunder Bay has seen in over 15 years. Growth in assessment projections for 2015 remains positive in view of the high level of construction activity in the City.

For 2015, the proposed water rate increase is 3%. Highlights of proposed changes for residential customers: 1) Fixed cost will total $250.94 a year for single detached residential properties 2) “Volumetric” charge for water used will be $1.505/m3 For the average Thunder Bay household, the proposed 2015 water rate equals a $16.06 increase, or 3.0%, over 2014 rates, with total costs for all water services averaging only $1.51 a day. Highlights of proposed changes for non-residential customers: 3) Fixed cost will vary based on meter size 4) “Volumetric” charge for water used will be $0.927/m3 For industrial, commercial and multi-residential buildings, customers will also see an increase of 3.0% over 2014 rates. Wastewater (Sewer) Wastewater surcharge rates are projected to increase as outlined in the proposed Wastewater System 20 Year Financial Plan. The Plan was developed with the goal of achieving financial sustainability, full-cost recovery and affordability for consumers, while maintaining the City’s existing service levels for sewage collection and treatment. Subject to approval of the 20 year plan, Wastewater surcharges will equal 90% of the total water fixed cost and volumetric charge and will see a 23.6% increase over 2014 rates. For the average household with sewer service the surcharge per day will increase from $1.10 to $1.36. Solid Waste (Landfill & Recycling) The minimum charge for a trip to the landfill remains at $10 but will be applicable on loads up to 160kg compared to 165kg in 2014. Tonnage charge for loads over 160kg will increase 7% to $63.93/tonne. A 200 kilogram load of waste will cost $0.84 more than in 2014. Affordability Thunder Bay water and wastewater rates remain affordable. For the average Thunder Bay household, the proposed total costs for sewer and water average $1,049 for 2015, or 1.3% of median household income,

– 2015 Rate Budget Highlights based on 2012 Statistics Canada data. The industry standard is that rates are affordable for a combined water/sewer bill of 4% of median household income. Thunder Bay’s sewer and water rates remain among the lowest for high consumption industrial, institutional and commercial customers, based on the BMA Municipal Study 2014 Report.