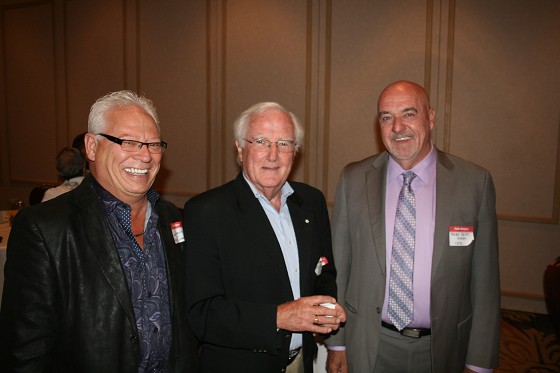 Nick Mulder “ The NPI are very pleased with the interest in the report I did and the attendance  at the breakfast.”

“ I agree with the questions of the Aboriginal community attending today and believe in their extensive  involvement and being partners in the decision making process. You need to look after their own special needs in their communities which are quite separate from the infrastructure needs of the mining companies. They have to be interconnected because you can’t just build roads that aren’t interconnected to other roads. If they are involved in this independent transportation authority I am suggesting could be set up, the aboriginal communities could make their own links to the transportation route.” “ Minister Michael Gravelle called and we had a very pleasant conversation. He said we want a real local partnership with local people in the decisions. I am not sure what the Ontario government will come up with in the next month or so.” “ KKWG and I will have a meeting to compare notes.”   “ I worked in government provincially in New Brunswick and federally in Ottawa in various departments especially transportation.  My original idea to have a set up similar to airport authorities came from Western Canada for instance in Calgary with their airport.  The Calgary and Vancouver airports were the first to be commercialized in the mid 1990s.  They have done a good job, not costing the government money and all the decisions are made by the airport authority. These are good examples.”    “ The aboriginal communities have to be involved in any event even with the recent court decision as it is their traditional lands where they have roamed for fishing or hunting. They want a big say in what happens and in some cases the final decision.”