I  sat down recently with Dr. Brian Stevenson, President Lakehead University to talk about a wide range of topics including their 50th Anniversary. 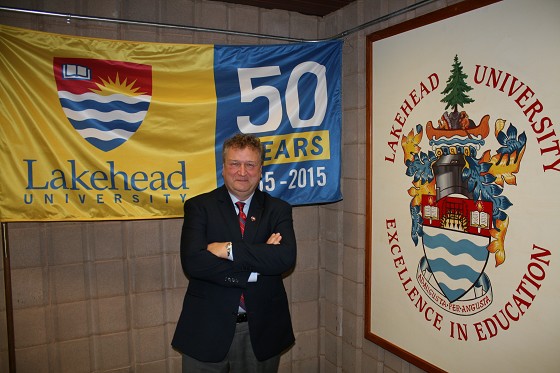 When was Lakehead University formed?
“ We  received royal assent on July 1, 1965 the official date when  LAKEHEAD UNIVERSITY started but we  had our first graduation in the spring of  1965  before the act came in effect. It has been 50  years since the  act this July 1st 2015.”
“ In 1946 there was the establishment of the Lakehead Technical  Institute, then in 1957 we became the Lakehead College of Arts, Science and Technology and in 1965  the University. That was a fairly  typical process then for becoming a university. Some start as a
college. What is really interesting for me is because LAKEHEAD  UNIVERSITY started as a technical college- the professional programs   we have now such as education engineering, forestry or business had  their roots there. If you look at the programs we are a professional
school. We have  have always been an educational institution but have focused on getting jobs for our graduates.”

Where was the first campus located?
“We started in Port Arthur with the technical institute in the  downtown area. Bartley and Tamblyn helped create the university.  Tamblyn became the first President.  We were able to get 32 hectares  of land  in Port Arthur in 1965 and started the campus which is our current site. The Braun building was the start. The lake then was a  ravine.” 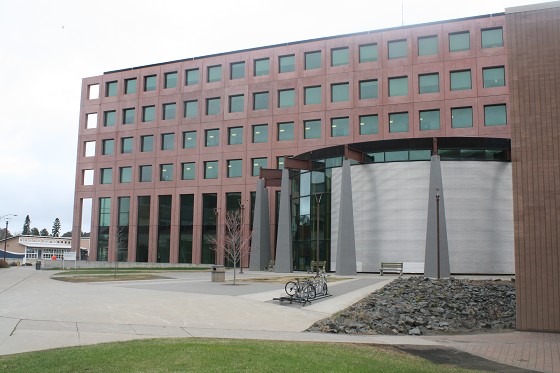 Which programs did you offer in the beginning?
“ We had arts, science, education  and a list of programs at the  start.  It was an evolution from a technical institute to a college   to a university. The changes are organic and evolved. The
fundamentals today are the same, they are professional programs that  are job oriented.”
“ We have grown over 50 years from a small technical  college to a  fully comprehensive university. There are a handful of programs we  don’t have that a big medical doctorate university would have  but  we have 10 faculties that are the core.   “Originally the  first graduating class in 1965 was 80 students.  Today it will be about 2500 students.”

What were some of the milestones along the way for Lakehead University?
“ The establishment of the campus here would be the first  milestone and the growth of the campus.  The engineering program was  big and  they recently celebrated their 40th anniversary. The health  & science area  including social work, kinesiology, the evolution of
the business school, forestry and, recently the Northern Ontario  School of Medicine, the Orillia campus and the creation of the law  school.

How does Lakehead University contribute to the local economy?
“At Lakehead University we have done an estimate of the economic  impact  of the LAKEHEAD UNIVERSITY in the past 50 years and  calculate roughly $6 billion of economic impact. Every year we have  $300 to $400 million of economic activity (the salaries of the staff, the building we do here, the money we  spend supporting the campus directly plus the 7000 to 8000 students
that find a pace to live here, go grocery shopping etc. 42% of those students  are from outside Thunder Bay, including Southern Ontario  and Northern Ontario. They have  a cultural impact as well. There are  the international students here, a total of 5 to 6% of the campus or
500 to 600 students.”
“ The consolidated overall budget of LAKEHEAD UNIVERSITY is  about $165 million with research operation and side budgets. We have  a surplus because we did well in our endowments with our  scholarships  $40 million fund. Last year it did well.  The operating
budget is balanced each year and we have a structural deficit  which  means  every year we have to cut back because we have to spend more  money than we get because our income  is controlled and regulated by  government. Some of the funds usage is restricted for scholarships or  research for example.”
“ We do balance our budget each year and can’t run a deficit. It  is a very difficult thing when 95% of your budget  is regulated by  government. Tuition fees are regulated and grants  have been  declining  for the past few years. Each year we spend more money on  the operation of LAKEHEAD UNIVERSITY so each year we have to shave  off  expenses here and there. We still  manage to run LAKEHEAD  UNIVERSITY with out affecting the quality of the services.”
You employ a lot of people at Lakehead University?
“ LAKEHEAD UNIVERSITY has 2000 people working over the two  campus. The  last I saw we were the second largest employer in  Thunder Bay after the hospital. That is quite  a responsibility. We  are a big economic driver. We are a stable influence on the economy
and  are also helping the economy by training people. Our economic  development strategy is supporting the private sector, municipalities  and First  Nations, doing training, research that supports them  and  trying to diversify the economy through our research.” 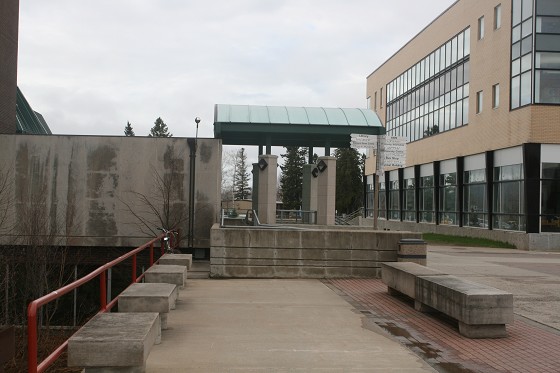 How does Lakehead University rank in Canada?
“ We are the number two university in Ontario in our category  for  research and  number three in Canada in our size category.  We have  gone from $4 to $5 million 12 years ago to $23 million this year in  research funds. This attracts the faculty and specialized staff. It   begins to create possibilities for  spin off companies that might be  able to develop and support the industry in the region. We are a  multi  faceted institution and not isolated. We participate, our
faculty  work with non profit profit aboriginal communities and  engage in the community. One of our pillers in our strategic plan is  economic development and outreach to the community.”
“ “ Since I have  arrived I have established two economic advisory  committees that advise me on areas to support economic development.”

Tell me a little about your background?
“ I am in my fifth year now as President, starting in August 2010, and shortly completing my first term. Previously I was Provost at the  U of Winnipeg, Vice Provost at U of Alberta. I was born in Victoria  and grew up in Mexico City.  I got my PHD?at Queens University in  International Relations,  Masters in Public Policy at U of Victoria  as well as my Bachelors there. I worked in government  as Senior  Policy advisory for two Ministers  of Trade and Foreign Affairs.  Worked in Washington with the organization of American States, My  first job  was in Mexico City. I have been renewed for a second term  of 5 years.”

How are you enjoying your time in Thunder Bay?
“ I love the Canadian Shield and the scenery here. I love the lake and being by the water. The community here is great. On any given night there is so much going on.

What can we expect from Lakehead University in the upcoming years?
“ At LAKEHEAD UNIVERSITY in the short term, say 3 to 5 years from now we have several capital projects we want to finish up. One is to redesign a building here we have got funds from the province  to  make it a research building. We have a proposal in  for a new aboriginal
building.  We want to finish the renovations in the law school which are pretty much completed.  As our international students grow we want to build an international residence and to be able to expand our tele presence in Northwestern  Ontario so  can put in satellite classrooms
with  high end technology including at First Nations.”
“ The other issue is  to find a way to find financial sustainability which is one of my main issues. I want  to be able to increase the number of Aboriginal , International  and students from GTA Southern Ontario, to grow our graduate programs, grow our research capacity and
to be able to  reach out to the community to help create an economic environment  so that the students that graduate from LAKEHEAD UNIVERSITY can stay  in Thunder Bay and NORTHWESTERN  Ontario to get jobs or create jobs and be entrepreneurs.”