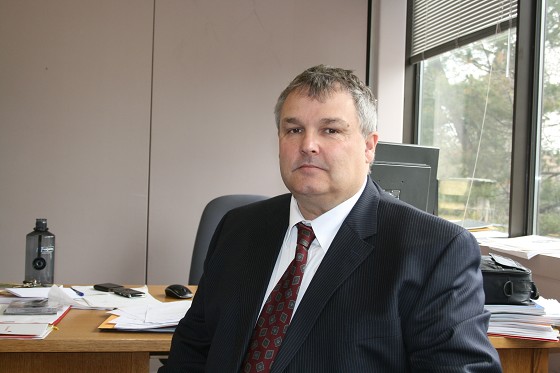 Are you from Thunder Bay Chris and tell me bout your background?

“I am originally from Saskatchewan but have been on the east coast and Halifax area since the mid 80’s. I am a professional violinist, still active and played in Quebec, Victoria and the east coast very recently. Music is still my passion. While in Halifax I was involved in the administration of the orchestra there. My wife played in the orchestra there as well. The Halifax Symphony is similar to Thunder Bay but with a higher budget.  One of the major differences here in Thunder Bay and Halifax is Thunder Bay has a world-class concert hall (TBCA) and Halifax does not. We are very lucky to have the TBCA here. Recently I have been across the country and heard the symphonies in Vancouver, Calgary, Edmonton and Montréal (in their new hall) and I would still put the TBCA as equal or better than those halls. We are superior here to Roy Thompson Hall, which had to be redone acoustically to make it work.”

How is it getting musicians to play for the TBSO?

“ It is a bonus for musicians to come here having the TBCA. We tend to attract younger musicians and they may end up later on in larger cities. Sometimes we bring in people from Toronto for certain concerts. The TBSO is 52 years old now and evolved from a community orchestra where people had a day job but eventually became where it is a full time professional core of 30 members. We are full time from Thanksgiving to the end of April. The musicians may live here all year round with some having being here for 40 years. Some teach at LU as well.”

What role does the TBSO have in Thunder Bay and NW Ontario?

“ Part of what we do is to provide great resources to the community as teachers and advocates for the north. As music education diminishes in the schools I see our role as providing more education to children. In a year we do 50 to 60 concerts including chamber concerts, school concerts, theTBCA series, cabaret and the Hilldale series. We take the whole symphony to schools if their gymnasium is big enough. That has very big impact, as it is intimate. We break into smaller groups with musicians in the classroom and touched about 110 school children last year.  For example we do a grade 3 sing along and our resident conductor goes to the schools. We have also collaborated with U Dance of the National Ballet dancers and reach 220 children over 4 - 50 minute shows. To have world class theatre and add high standard of dance with music was amazing to see.”

What impact does the TBSO have in our region?

“ I think the TBSO contributes to the quality of life in Thunder Bay. Thunder Bay wants more doctors and professionals to move here and the TBSO helps attract these people. Winnipeg is the closest professional orchestra. There are semi professional groups in Sault Ste Marie and Sudbury. Thunder Bay as a city of 110 thousand people supports a professional orchestra of 30 people for basically half the year and that is extraordinary. The public has willed an orchestra to be here through our core supporters. The City of Thunder Bay supports the Orchestra substantially. They understand we are one of the cultural pillars of the city. The TBSO also attracts funds from the Ontario Arts Council and Canada Council of the Arts so external money flows here.

How is the TBSO doing financially?

“ There is a well-established history of our budgets here. Orchestras in general have a problem as our expenses are constantly rising and getting our revenues rising at the same rate is difficult. Our grant funding has essentially being maintained at the same level for many years. We do ancillary fundraising with a vibrant volunteer core and fundraise almost $200,000 annually from events such as fruit sales and book sales. We have been growing our ticket sales and spend money on marketing. The short-lived Ontario Arts Investment Fund allowed us to work with a marketing consultant and focus on ticket sales. We set a target of 1000 subscribers this year and surpassed it.

The TBSO has had 6 consecutive years of balanced budgets (their yearly budget is $1.7 million) but have we an accumulated deficit, a legacy debt of about $400,000, that goes back and we are desperate to eliminate it. We just recently got a bank line of credit and that was great.  Our musicians are independent contractors and we also have 6 or 7 full time employees. We won the Chamber Business Award which was exciting.”

What’s on the horizon for the TBSO?

“ We have a really strong season coming up this fall offering the music people want and are in the process of marketing all of our concerts now.  We are also looking at doing a program that is sponsered by Carnegie Hall called LINK up, the Orchestra sings. Carnegie Hall provides the study information for students and teachers. We have the support of the local school boards and will be touching 1000 children from grades 4 to 6. It will culminate with a concept at the TBCA where the children will be playing the music they have learned after 25 classroom sessions. We are happy to bring this program to the music educators of Thunder Bay.”

For more information on the upcoming season go to www.tbso.ca