Lakehead’s PACED to Focus on Economic Development in Northwestern Ontario

Lakehead University President & Vice-Chancellor, Dr. Brian Stevenson, has announced the creation of the President’s Advisory Council on Economic Development (PACED) for Northwestern Ontario. The council will meet regularly, and is comprised of regional industry and business leaders.

“PACED’s purpose is to advise me on how Lakehead University can fulfil an even more integral role in the economic development of Northwestern Ontario,” said Dr. Stevenson, who will serve as Chair of the new council. “Council members will help me determine where this University can best contribute to our region and how to measure that success.” 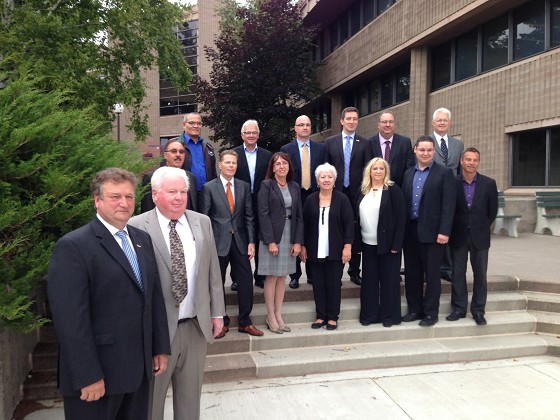 PACED members were selected based on individual skill sets and include private-sector business representatives from the Aboriginal community, as well as various industries such as transportation, mining, banking, and construction:

“I want to thank all council members who have stepped forward to give of their time and expertise,” said Harvey Cardwell, Vice-Chair of PACED, and a Fellow of Lakehead University. A former member of Lakehead’s Board of Governors, Cardwell added, “We look forward to this group’s recommendations and counsel, as Lakehead endeavours to make an even greater impact on economic development in Northwestern Ontario for years to come.”

A PACED for Central Ontario will be established in Simcoe County, in the coming months, to guide Lakehead University’s economic development activities in that region of the province, as well.   Harvey Cardwell, Vice Chair of PACEDand CEO Northco Group   “ This is  an exciting day for Thunder Bay and the region. The arm of Lakehead University reaches far in Northern Ontario and I believe  PACED is a very important step for the development of Lakehead University.  Connecting Lakehead with industry  in Northern Ontario is absolutely important. It is about educating a work force for industry and is important that the university understands what industry is looking for- where we are going with the trends is critical.”

“ We plan on having meetings every two months and they will dictate what we will do. We have segregated a list of industries, will do reviews and may ask some outside leaders from the sectors to come and elaborate on issues and  how they mesh with Lakehead University.”

“ I am pleased with the economy and the direction we are going. There is a lot of excitement in the last five years and we are a much more optimistic community with more bright spots. On the other hand I think now it is a critical time to look at the direction of how we build our future and make things happen. Many things now are conceptual. The educational sector has to understand how we support these steps in the future.”

“ PACED is a start to a relationship which will be long term where we are aware  of the role that Lakehead University plays in economic development. We are engaging the government, First Nations and business in evolving our role in the future, supporting training and also helping to support and diversify the current economic sectors that we have. We want to serve those communities and core industries and try to diversify them for the future so we have a healthy long term economy.”

“ We have a number of business leaders here that will be able to give us a good sense of the economy, not only in their own sector  but others as well. The question is how can we support the development of the mining sector with all it’s challenges and issues, help renovate the forestry industry and how do we build on new knowledge based industries  such as bio medical.”

“ I think our economy is improving and we are having better opportunities for the future. If you look at our airport it is one of the busiest in Ontario. It is hard to get housing here as well because of demand. These are good indicators of a solid economy. The question is will it be so in the future and what can we do to make sure it remains so in the future.”