Stephen Lindley is the  Project Manager for Mining Readiness Strategy and Vice president Aboriginal Northern Affairs at SNC- Lavalin. His firm partnered with Hoshizaki Development of Thunder Bay to complete this study with a budget of $400,000. I asked him some questions about the report recently. 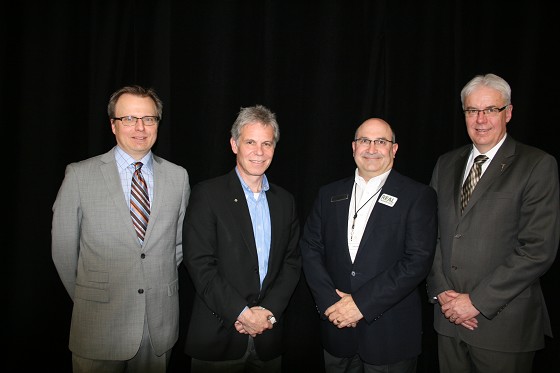 Do you feel we will have new mines in NW Ontario?

“ The key question is what the mining developments will look like in three years. We are not in the business of economic forecasting as to when they will happen. I can’t crystal ball any better than anyone else but the ten projects we mention in the report are the ones most advanced and likely to come to market sooner.”

Will there be a boom in Thunder Bay?

“ We don’t really see a boom because there are already a lot of mines in NW Ontario so we are building on a strong mining economy. There is a nice phasing of projects. The Ring of Fire realistically is not closer than 6 or 7 years out. Some of the major expansions will happen very soon. There is a range of mines so that is good. It will go the pace of road and power access. You can only control so many variables as the partners in this mining readiness study with the governments. We can’t control the Chinese economy or Bay Street and the extent in which they are willing to finance mining projects. These are just things that will find their own way in the market.  The question is how can we make it more realistic and understand the costs. The public sector can do things like roads, power lines and the training of people. This strategy is about saying to government get your act together and build some of these foundations.”

Will governments have to become involve in these projects to make them work?

“ The private sector need a public sector involved in a substantial way. They understand that and it is a matter of how much they can invest and when.  For example having a toll road or concession concept would fit as long as the guy at the end of the road will pay the costs to cover the mortgage on the road. You could have a third party private sector come in and build a road. The power issue means more direct benefit to the remote communities. Roads are important but transmission lines are more possible.    I think there is a nice time line on the projects with nice steady growth. Many of the projects don’t need lot of infrastructure. We could meet and exceed what we see in mining economy in Sudbury in Thunder Bay.”   “  Exploration comes first and it had risen dramatically in Thunder Bay and is a good sign you will have mining come in behind that. In Sudbury they built the Ontario Northland Railway to Cobalt, which made all kinds of access off the rail line and all of a sudden maximized the economic activity near the mines.  The infrastructure is important because if you build it they will come. You have to look at financing and who is in control. Someone has to manage the risk, say if it is a dedicated road for just one purpose. As a government you are taking a lot of chances with public money. Government is open to public accountability.”