Crees In The Caribbean Magnus

Crees In The Caribbean, by Drew Hayden Taylor at Magnus Theatre

Gary Farmer is the epitome of the traveling artist.  He has performed all over North America, acted in films with luminaries such as Marlon Brando, Robert Redford, Johnny Depp and Meryl Streep.  He recently drove from Santa Fe, New Mexico to Thunder Bay to work on Crees In The Caribbean by Drew Hayden Taylor. The light-hearted comedy plays at Magnus Theatre from January 30 to February 11. 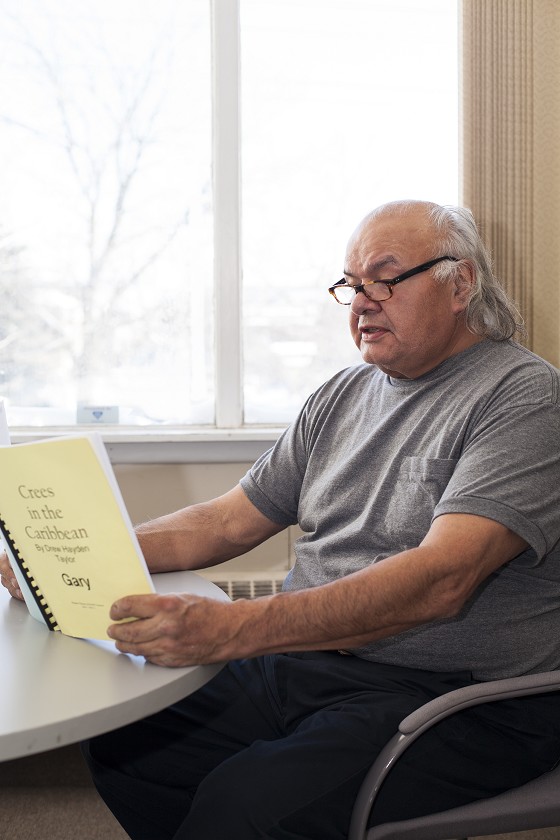 Farmer is no stranger to Thunder Bay or to Magnus Theatre.  He last performed here in 1983 in Of Mice and Men.  Of course, that was before Magnus moved from the east end to its current location in Waverley Park.

While Farmer has had a long and varied career in film, television and on stage, he states unequivocally that he prefers to work in front of a live audience.  “It’s a lot more work, but it’s a lot more rewarding. It has the most pay-off.”  He also is the frontman of the blues band, Gary and the Troublemakers.  When asked about the name of the band, he laughs.  “I am a bit of a troublemaker - it’s the perfect name!”

Gary Farmer was born in Ohsweken, Ontario and has family in the Six Nations of the Grand River Reserve.  He is not just an actor/singer; he has also been a publisher, a broadcaster an advocate and an Indigenous activist.  He is probably best known to Canadian audiences for his roles on series such as Forever Knight, The Rez and Spirit Bay.  Many people will certainly recognise him from Hollywood films such as Dead Man, Adaptation and The Score and from his appearances on countless American TV shows, from The West Wing to Easy Money.  Farmer has won many awards in his career, including a Best Actor award for Powwow Highway at the American Indian Movie Awards and a FAITA (First Americans in the Arts) Award for Outstanding Performance by an Actor in
a Film for Dead Man.

So what brings Gary Farmer to Magnus Theatre?  Crees In The Caribbean, by Drew Hayden Taylor.  Farmer and Taylor have known each other since they worked together on Spirit Bay.  In the play, Farmer plays Cecil Poundmaker, a sixty-something Cree man who is not too happy with a vacation in Mexico. “This play is the ultimate fish out of water story; Indigenous people of the north tend not to travel too much, so it’s very funny, one of Drew’s more humourous plays.  It’s also a bit
tragic, like life.  Drew is a master at that.”

Thom Currie, Magnus’ Artistic Director, agrees with Farmer.  “This is a really funny show, a universal story about a retired couple taking their first trip to the Caribbean.  I am thrilled to have Gary joining us for this wonderful show at Magnus.”

For his part, Farmer has been looking forward to coming home.  “I love Santa Fe, but I am most at home in the north. It’s where my heart is.”