When you drive down Balmoral Street in Thunder Bay you will now be sure to notice a sparkling, shiny new building that houses the car dealership Balmoral Park Acura. This business has been on site for over 25 years but now has more than doubled in size and been completely
transformed. 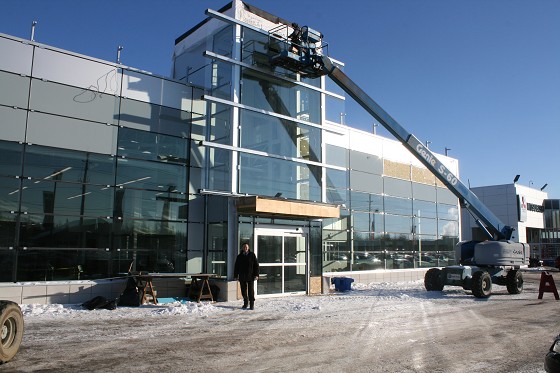 “ My father, Jack, started the business in 1988. My brother Jeff and I at the age of 12 or 13 used to wash cars, clean snow off the cars, shovel and do things that young kids do.  After school instead of being out playing with our friends we were here working.” said Ryan Witiluk,
age 39, General Manager at Balmoral Park Acura.

Over the time working at Balmoral Park Acura Ryan has learned all aspects of the business. He attended Georgian College and took automotive marketing, as did his brother. Jeff went on to get his business degree at Lakehead University and Ryan went on to Centennial College and did the Acura Honda apprenticeship program for a mechanics license.  “ I didn’t write the test because my dad ended up having a heart attack and Jeff moved into the GM position of Acura and I became Service Manager.  A few years later we opened Mitsubishi and I moved up
to be GM  here at Balmoral Park Acura.”

Acura was just starting in Canada and Balmoral Park Acura were one of the original dealers with only a few started ahead of them. Acura was the first Japanese luxury manufacturer brand.

“ It was unique having the Acura dealership in Thunder Bay, a smaller market, in those times.  Even today we are the only Acura dealership between Barrie and Winnipeg,” said Ryan. “It was stressful in the business at the start and we had regrets even starting at times. What my dad did to grow the business was remarkable, as we weren't selling many new cars at that time. He built up the service department back in the day with contracts like Hydro for instance.  It was
unusual, working on Acura cars and Hydro trucks side by side in our shop.  He also built a large used car sales business.  In the last 10 years Acura has taken off here in Thunder Bay and we have been quite successful.” 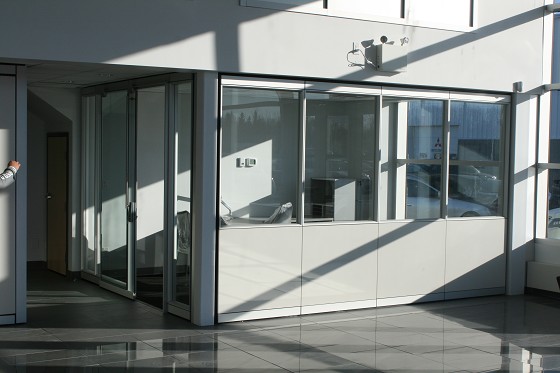 Balmoral Park Acura is moving into their new state of the art dealership this week.

“ We had a nice facility but Acura calls the shots and wanted their new branding in place here in Thunder Bay. The renovation has turned out fantastic and we will be the nicest, most customer friendly dealership here in my opinion. What we have done is special. Acura is totally behind us. We have won the Acura Client Excellence award for 10th years, out of the 16 years of the award.” said Ryan.

“The new building is now over double the size of the old building. It is an elaborate automobile dealership structure something that Thunder Bay has not seen before in my opinion. Acura asked us to do this and we knew we were due for a renovation. We wanted a facility at
Balmoral Park Acura that customers want to come to, hang around in, be comfortable and have all the amenities that you might have going into a nice hotel or something like that.  We wanted a customer focus and something that our staff would be proud of working in with technologically advancements and ergonomic desks for example, so our staff is with us and healthy for a long time,” said Ryan. “We had the checkpoints that we wanted and what Acura wanted as well as having them understand our climate here in Thunder Bay. We had energy constraints as to how much glass you can have on the building so there was a lot of give and take, back and forth, but we ended up getting what we wanted. Les Fairall & Sons Construction also provided a lot of input on the project and has been spectacular so we would use them again for sure.”

One of the biggest features of the new building for Thunder Bay is a pull inside parking lot.  You drive in and the garage door opens automatically for you. You then have designated parking sports for your car inside of the building. Once you park your car you walk into the
dealership lounge area. After the work is done on your vehicle it is parked inside by Balmoral Park Acura staff so you get into the car and exit not frozen. That is a very unique feature for a car dealership that requires a lot of space.

“  Our wash bays are attached to the drive in service area so you can get a quick wash, put air in your tires, things that make our customers want to come to us and make their lives easier,” said Ryan Witiluk. “  We have a nice customer lounge with fireplace, TV’s, raised bar area
that will have USB ports, WIFI and a cookie machine!”

The Balmoral Park Acura showroom size has been increased with space for up to 7 or 8 cars displayed on polished floors.  Their new sales offices are all glass- private yet open and there is tons of light in the facility.  They have epoxied the floors in the shop and made it feel lighter with paint colours. There are new garage doors and the compressor has been moved up above the tool room to be in a quieter location.  The dealership has three new hoists including one that is
specific for a new car, the NSX, coming out this summer. There are also new tire machines.

“ It is big investment for us and we wouldn’t have done it if we didn’t believe in the city.  Hopefully the city will enjoy seeing this type of building, a state of the art dealership as nice as you see anywhere.  The sub trades are proud of what they have been part of and done.  All the sub trades worked well.” said Ryan.

“At Balmoral Park Acura our staff works hard at selling Acura. Our market share here in Thunder Bay compared to the rest of Canada is massive.  I think it is the way we run the dealership, a family run business. There is not a person who is an Acura customer that the
majority of our staff doesn’t know by name. When we see them, we know their name. My office is on the main floor of the dealership, fully glassed, accessible and with an open door policy. I want to know my customers and want them to be happy. The product is awesome and we work hard on serving the customer.” 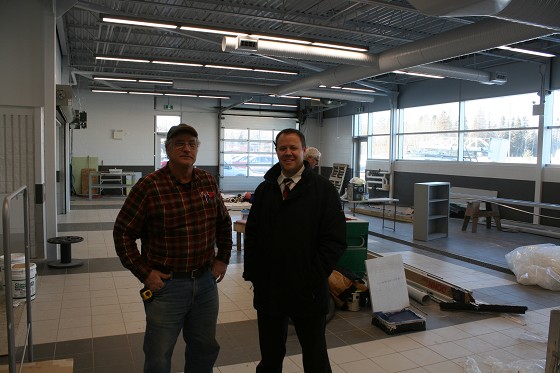 The RDX and MDX are the best sellers for Balmoral Park Acura. “ A lot of people think they can’t afford an Acura but when they come into the dealership they find out they are very affordable and comparable to other brands. Leasing is our most popular option. This works well
because Acura maintains such a high resale value. Acura also offers a 2% interest rate reduction for returning lease customers.”

So what does Ryan Witiluk think of the Thunder Bay economy?

“ The nice thing about Thunder Bay is the economy is pretty much on a straight line with no major upswings but also no major downswings. It is pretty much status quo. We want to have increases but it is better to avoid the big downswings.”

“We sell cars into Northern Ontario even as far away as Sault Ste Marie. We stand behind what we sell and will open our service department on Saturday or Sunday for our out of town customers.  We invite people to come in and see the new dealership.”